Implementing virtual reality into your organization will allow you to take advantage of the many benefits this technology offers. But as this is a new trend that requires both hardware and software investments, you need to ensure that you have a clear roadmap of where you can best use it, what the costs are and the potential return on investment.

In the previous article, we spoke about how VR and AR can benefit your business in different ways. But not all of these benefits may be relevant to your specific business, so you will have to go through them all and see which is applicable. But to get you started, here are some general use cases for each benefit.

Collaboration and communication represents the biggest problem with distributed teams. But with VR becoming more sophisticated, it may be possible to simulate working environments that have the same collaborative effect of the real world. A large part of what makes offices effective for teams is the intermixing of ideas between departments – something lacking in remote teams. VR could potentially solve aspects of this by creating social spaces that allow team members to meet each other, have meetings and work together.

Empathy plays a key role in the ability to identify market opportunities. It is the ability to understand how your customer thinks – their needs and wants – which puts you on the path to effectively providing a solution to them. VR has the capacity to enhance empathy by allowing you to see through the eyes of your customers. We often think that we know who it is that we are selling to, but we rarely ever meet them – particularly senior executives who are making the key decisions.

Although meeting your customers in person is always best, VR can help you model potential customer profiles and decision trees. You can create avatars of who your customer is, how they think, what their day to day life looks like and how they make purchasing decisions. This can be used to train people throughout your organization and remind them of the people they are serving – and how best to serve them.

VR as a marketing tool

Virtual advertising space may also be a new customer acquisition channel if pulled off correctly. Users typically dislike interruption ads such as commercials and pop ups, but in virtual worlds advertisements can be integrated more seamlessly – similar to how they are in the real world. Buying up advertising space in niche virtual worlds could be a thing, and users won’t necessarily be bothered by it as it’s come to be associated with the real world anyway.

Conferences and events are also a significant way for companies to market themselves, but they can be costly and unscalable. If VR gets widespread adoption among your customers, you can host virtual business conferences that can reach customers around the world. As there are no capital costs, these events could even be free of charge leading to greater incentive for your customers to attend. The best part is they can participate around their work or personal schedule, from the office or home.

Everybody recognizes the importance of culture, but it can be hard to transfer your values to new hires. VR can be one of the set of tools that you use to assimilate people into your organization, both in the interviewing stage and during onboarding. For a start, you can create VR experiences that allow potential hires to experience a day in the life of one of your team members. When they are actually in the organization, you could have them undergo an experience that highlights your values such as integrity or healthy competition in a creative way, as opposed to just reading from a checklist.

VR job training can also help even if you work in the services or the digital industries. Take for instance if there are particular soft skills you want your team to have to work more effectively together. Simulations that model key competencies such as team building, conflict resolution and collaboration can help people identify and build on their weaknesses in a safe environment.

Once you have thought of some ways that VR and AR can benefit your business, you will need to start looking at different vendors. Typically, the hardware provider offers their own built in software platform from which you purchase experiences or build your own. This will of course depend on what you want to achieve, but for businesses you have a few options.

These headsets are typically the cheapest and come in two forms: standalone or with smartphones. Standalone mobile VR devices are holistic headsets that come with a built in display, computer power, battery and sensors.These headsets are untethered, meaning the user is free to move around with it. Examples of these include the Oculus Go and the Mirage Solo. Alternatively, you can purchase headsets that have to be used with one of the latest smartphones such as the Samsung Gear VR or the Google Daydream.

Mobile VR headsets aren’t as powerful as their PC cousins, so the experiences are more watered down – but they can still serve many use cases. Typically, if you are looking to solve problems around social aspects such as culture, collaboration and marketing, then these are the headsets you will be looking for. Not only will it be cheaper to get them in the hands of your team, but your customers are more likely to adopt mobile VR first.

In terms of software vendors, most are provided through either the Google Play store or the Oculus store. It is possible however to purchase experiences that are from third party providers too. Prices for standalone headsets are in the $300-600 ballpark, whereas smartphone powered headsets can be as cheap as $20 in the case of Google Cardboard, up to over $120 with the Gear VR.

Headsets tethered to PC’s are able to draw on the power and speed of the best machines. This means that tethered VR experiences are the most graphically intensive, smooth and closest to reality. These factors all play a role in creating a more comfortable, immersive experience. With the extra horsepower, tethered devices are also able to add deeper dimensions to VR such as room scale tracking – allowing the users hands, body and location to be tracked and fed back into the virtual world. As this requires a lot of processing power due to the data transmission involved, only tethered headsets are able to do this effectively at the moment.

PC headsets aren’t portable and require space so they are better suited for specific use cases. Training and education is a good reason to invest in these type of headsets, especially if what you need to train people on requires a more immersive experience. Competency simulations can be achieved with Mobile VR, but teaching someone how to use complicated machinery or perform an important activity will require a much finer experience.

Examples of these headsets include the HTC Vive Pro, Oculus Rift and the PSVR, although the latter is tethered to a gaming console so won’t be applicable to your business. The cost of the PC has to be added into the equation, as it is likely you don’t have the type of computers necessary to power effective VR. Typically, these high end PC’s will cost between $600-1500, and the headsets can range from $400-800.

For AR and MR, the use cases are more industry specific and it may be harder to make a general business case for these devices. But as with all new technologies, use cases can appear in unexpected ways as the technology evolves. Nobody expected Facebook or Google to essentially become advertising companies. Some of the main players in this space are:

Google Glass – These devices are more aesthetic and functional compared to other alternative reality devices, sporting a look similar to a normal pair of consumer glasses. The best way to describe its use case is a tool for efficiency. Google glass synchronizes and allows you to access and manipulate important data on the move, effectively becoming your virtual assistant. The Google Glass was priced initially at $1500 and are currently not available at mass market.

Microsoft Hololens – The Hololens is a more robust mixed reality headset which has most of its applications in the industrial, manufacturing, design and engineering spaces. In other words, it’s a tool that’s useful for creating 3D products. With the Hololens, you will be able to rapidly prototype and play around with new ideas without large capital investment. Teams will be able to collaborate in mixed reality to solve problems faster, leading to more innovation. The price for the Hololens is around $5000 per headset.

As the market for VR and AR is still being developed, chances are that you won’t find software that can help you with your specific needs. For many cases, you will likely want to create custom experiences that are relevant to you which involves investing in the software development process.

VR development is unlike traditional computer or mobile software which means you will have to rethink the process. It is more similar to game design as it is not only the code that is important but also the graphics and performance of the software. In addition to that, you have to take into account elements of design that are beyond traditional game design. For instance, you need to think about the differences between storytelling and interaction. You also need to consider elements of user experience such as preventing motion sickness, tracking and ease of use.

For that reason, the cost of developing a VR application can be quite significant. Not only will you need niche programmers who can build VR software, you also need riggers, animators, voice actors and so forth. You also need somebody who can design the experience – write the scripts, create the points of interactions and facilitate the overall objectives.

There is of course a large capital investment, but products you create for your teams can double up as a product that you also sell to companies in your space. This could be in the form of a niche product that you whitelabel and sell within your market, or even a more general product that you sell as a SaaS tool. 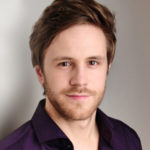 Stefan Soellner is an expert in scaling for companies, experienced consultant for business model and product innovation, and coach in the field of innovation management. 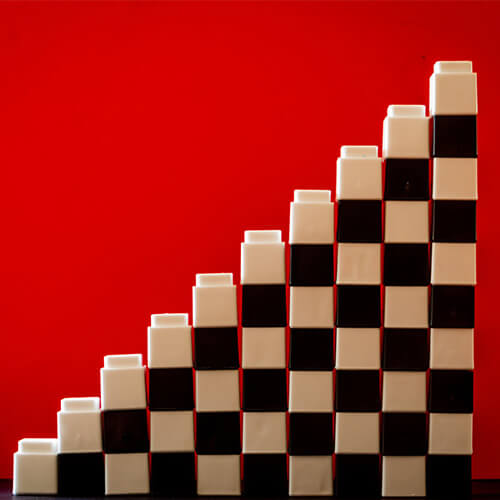 The Four Types of Scaling Your Business

The dynamics of your industry dictate whether you should opt for a slow and steady scale strategy or go after a fast-and-furious one.Continue Reading
ByStefan Soellner 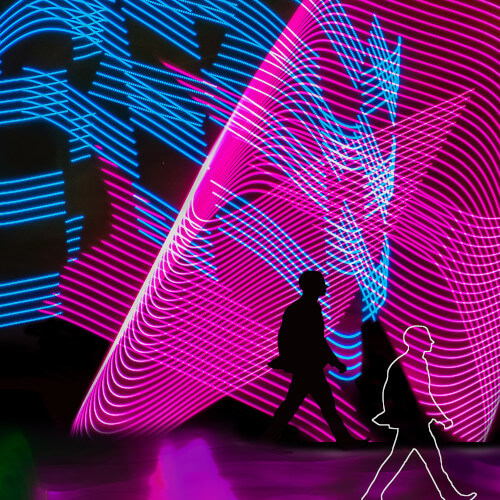 Information is at the core of the debate around privacy and security. With digital, information is composed of data which represents the facts, figures and raw bits which when processed and analyzed become information. In this sense, privacy and security of data becomes the most important consideration and something that has to be taken into...Continue Reading
ByStefan Soellner 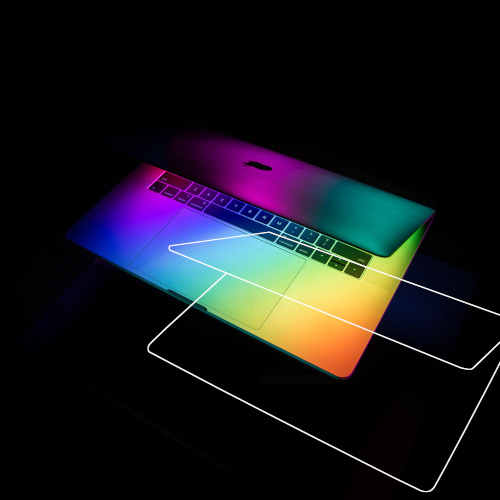 The debate about privacy and security has become one of the most important considerations of our time. The rise in digital, the explosion of information and greater access in recent years means that this is a topic that affects everyone.Continue Reading
ByStefan Soellner