Virtual reality in its current form has not yet reached a stage of maturity. Aside from technical constraints, there are implications of this technology that affect society in many ways. The balance of the positive and negative will need to be closely monitored. As social media sites first had a host of benefits such as bringing us together, it has now grown to become a home to extremism, privacy breaches and censorship. Let us then try to anticipate these challenges for VR and solve them before they appear.

While the last section highlighted how VR can enhance your business, today´s focus is on the challenges.

Challenges of the trend

The problems that VR poses go beyond business use cases. This technology has the potential to permeate all of society, which in turn effects how businesses operate. In particular for B2C companies, understanding how consumers spend their time and what information they consume is critical.

Will it take off?

Before we discuss any downsides of VR, there is a critical question to begin with – will virtual reality actually take off? The reason this question is important is that VR has been around for a long time, with the first major iterations coming in the 90s by Nintendo. It is indeed true that computers weren’t that powerful then so were not able to create engaging VR experiences. But 25 years later, some could still make the same argument. Many VR experiences are designed in a way that emphasises performance, which means realism is a secondary concern.

The challenges of the platform are naturally the obstacles to mass adoption. But the issue is that if these obstacles aren’t overcome, then there is the possibility that funding for VR development will dry up – leading to another VR ice age where no progress is made. In this case, we could be waiting another decade for something to happen.

Developing for VR is an aspect of game design. Unlike software development for the web, game design requires a broader array of skill sets including writing, acting, narration, music, programming, graphic design, character rigging, animation and audio effects. What this means is that the cost and development cycle of a VR experience can be very expensive for developers, creating a higher risk opportunity which leads to less participation. An example of this is the crowdfunded game Star Citizen, which raised $200M, and has been in development since 2011. This is an outlier of course, but AAA game titles typically take a number of years to develop and costs tens or hundreds of millions.

Developers are more willing to take this risk in proven markets such as flat screen gaming, but VR has not developed a huge, engaged customer base yet. This is the age old problem of the chicken and egg which also reflects the problem of modern day marketplaces. If there are no content suppliers, then buyers won’t buy the hardware. If there are no buyers, then suppliers won’t develop the content. This problem is amplified by the risk profile of VR development as described above, meaning that there is no guarantee that it will be solved.

What people are hoping for is a ‘killer app’ – an experience that creates a viral loop that encourages adoption. Likely, this will probably be something social in nature as it is as much about retention as it is adoption. Alternatively, if developers can demonstrate strong business use cases and quantify the ROI for businesses, then it could be the business sector that drives adoption. But businesses too are risk averse, and may not want to invest in the hardware that is necessary.

A problem that has been with VR since the 90’s is the issue of motion sickness. This is the often reported phenomena of feelings of nausea created by different VR experiences. It mostly depends on the type of content you are consuming, but there are also hardware factors at play. Essentially, you develop motion sickness when what your eyes are seeing are not matching up with what your brain is experiencing. For instance, if your character is moving and you are progressing through a virtual space but your hands and feet are remaining static.

This is one of the fundamental problems of VR that can’t easily be solved due to pragmatic reasons. The majority of us will want to consume VR by sitting down, not walking on a treadmill to simulate real movement. This means that there will always be an element of immersion that is missing, with developers compensating for movement using in game teleportation tricks.

Although in one sense we know that we are undergoing a virtual experience, the brain doesn’t always know that. Logically we can know that it’s not real, but the primitive part of our brain may still interpret it as such. In some cases, there have been reports that children are creating false memories from their virtual reality experiences. If this memory is of a fun experience such as collecting different species of plants then that is a useful effect. However, there could also be more traumatic experiences that people may be exposed to such as horror games. This could cause real long term harm as the emotional effects of VR are still not yet understood.

Something that has the risk of slowing widespread adoption is the fact that companies are creating walled off ecosystems. What this means is that developers are only able to develop or sell for a specific platform, so people without that particular headset won’t be able to consume the content. This in turn creates a fracture in the market and essentially punishes people for being early adopters to VR. This is of course a natural business strategy – the power of becoming the go to platform grants you monopoly status, as seen with the likes of Uber and AirBnB.

But this strategy could backfire as VR has enough teething problems as it is. With the problems mentioned above, VR doesn’t need a fragmented market that limits the already small amount of experiences on offer.

As silly as it sounds, the aesthetics and form of VR/AR headsets can present a problem for adoption. For instance, Google Glass was criticized as being geeky. This is a problem as if many of the use cases of AR are in public spaces then people may be more reluctant to use it.

VR headsets also suffer from the problem of having to cover the whole of your face.

In the case of PC VR, there are also problems around being tethered to the computer which can lead to entanglement and falling over. You are also more likely to be moving around in room scale VR which can again lead to accidents – although companies are addressing this with virtual barriers that notify you in these situations.

Essentially, the hardware problems boil down to three things: cost, power and function. The bulky headsets we have today will have to become much smaller in size: both for convenience and style. This of course creates a problem in that the smaller the device, the less computing power we can pack onto it. In time however, both of these things should find an equilibrium as we make advances in data streaming and new computing techniques. With these improvements, the cost of the hardware should also come down too.

If you are looking for ways to take advantage of VR for business purposes, the challenges described above will affect you also. In particular, there are three specific challenges to VR in business:

The future with VR

As it has long been our dream to experience a different reality, VR will continue to progress. It is hard to predict exactly when it gets critical adoption, but there are a few factors that change that. For instance, if we develop AI that drastically cuts down the time of programming and graphic design, we could enable a whole new stream of creators in the same way YouTube and smartphones democratized video. Advances in computing, blockchain and connectivity could also make it possible to experience hyper realistic VR through our smartphones too.

VR, alongside AI, could be one of the most impactful technologies of our time if it hits the adoption curve. There may be a future not so far from now when a significant amount of both business and social activity is conducted in virtual worlds – worlds that are far more interesting than our own. We already see evidence of this in primitive versions such as Second Life which has its own vibrant economy where real money is exchanged.

But with these changes come important questions about society. Could VR introduce an era of even greater social detachment than today? We are already concerned about our over use of smartphones and our inability to connect with each other. On the one hand, VR could be the ultimate connection tool – allowing people to be their true selves and meet anyone around the world. On the other, it could be another tool that we become addicted to, retreating away into our own comfortable realities. 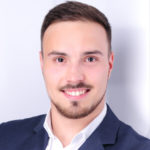 Sascha Grumbach is an entrepreneur with comprehensive practical experience as a business consultant and project manager in innovation and disruption projects. 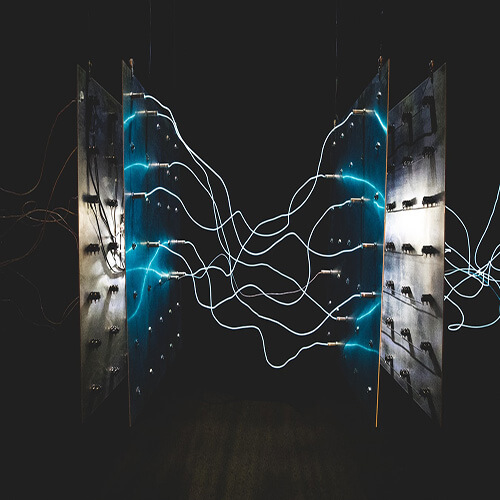 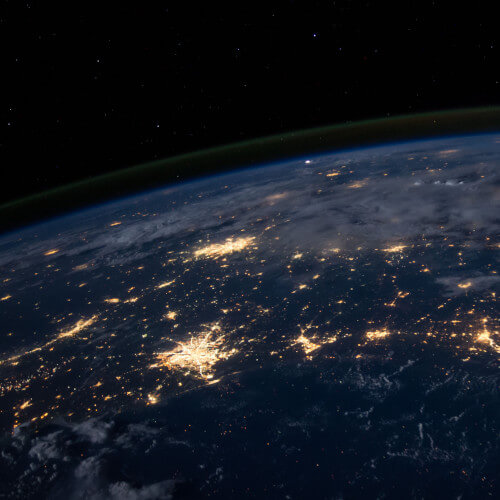